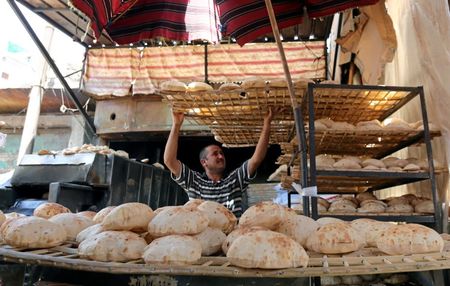 A statement issued by the government said that in light of President Abdel-Fattah El-Sisi’s assignments, the President of the Republic, to study the cost of producing an unsubsidized free loaf of bread as well as its pricing.

Within the framework of the state’s keenness to address the unjustified increases in its prices, the Council of Ministers agreed to authorize the Ministry of Supply (SE:6004) to take the necessary measures to establish a mechanism for pricing free bread, to be implemented for a period of three months.

And the price of wheat

The statement added that, in implementation of the directives of President Abdel Fattah El-Sisi, President of the Republic, to support farmers and encourage them to increase the quantities supplied of local wheat for the 2022 season, through an additional incentive.

So far, the decision taken by Russia to suspend grain exports to some countries of the former Soviet Union has not been implemented.

Russia and Ukraine account for about 29% of global wheat trade, according to US Department of Agriculture data.

While the Egyptian government announced that it has strategic reserves of wheat that are sufficient for a period of 4 months, while the current production, with the start of the harvest season, covers an additional 4.5 months.

Read more about the repercussions of the war between Russia and Ukraine.