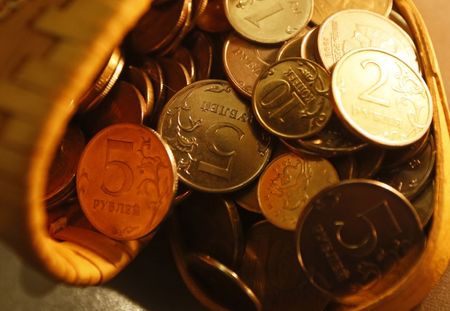 The Russian ruble rose again above 84 against the dollar on Thursday, and Russian stocks rose as some limits on short selling were lifted, with the market focused on what it would mean for Moscow to demand that its gas exports be paid for in rubles.

By 07:38 GMT, the ruble was 1.6% stronger against the dollar at 83.21 and rose 1.4% to trade at 92.85 against the euro. The Russian currency extended gains made last week after President Vladimir Putin demanded that natural gas exported to Europe be paid in rubles, a move that prompted European action.

“Investors are waiting for a solution to the situation with payments in rubles for Russian gas and possibly also other commodities,” analysts of Veles Capital said in a note.

Two sources from Reuters said on Wednesday that Russia plans to keep the contract currency for gas exports to Europe unchanged but will seek the final payment in rubles as one of the options to switch the gas trading currency, moves that may allay concerns of some traders.

The dynamics that have been moving the ruble lately are somewhat artificial. The currency, which was freely floating until late February, is now subject to capital controls, a ban on the purchase of cash dollars and euros and other administrative measures.

Ruble orders reached 75 per dollar on the interbank market, in the previous session and were hovering around 80 on Wednesday. The ruble was at 82 to the dollar on the EBS online platform.

Russian stock indices were higher. As of Thursday, the Central Bank lifted a ban on some short selling operations, but it was limited to shares in 83 companies and only to banks and brokers.

The dollar-denominated RTS index rose 3.6 to 983.5 points, its highest level since February 24, the day Russia sent tens of thousands of troops into Ukraine.