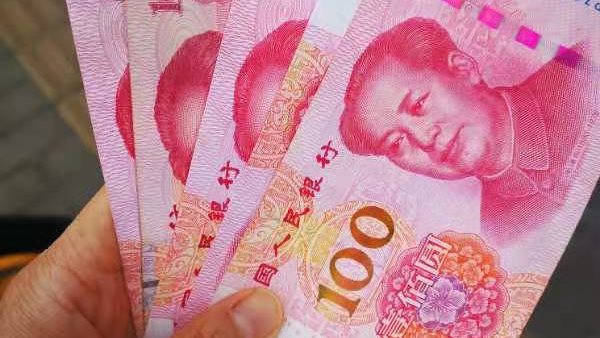 The Russian invasion of Ukraine exposed the imbalance in the global financial system. After the West targeted the assets of the Russian Central Bank and froze about $300 billion out of $640 billion of Russia’s gold and foreign exchange reserves, Russia was left with only some gold and Chinese renminbi assets.
The US dollar emerged as a global currency after World War II due to the economic and military power of the United States. Almost all the world’s central banks began holding a large portion of their foreign exchange reserves in instruments denominated in the US dollar as the safe haven currency.

Besides the dollar, the developing countries have accumulated huge foreign exchange reserves in instruments denominated in the euro, the pound sterling, the Swiss franc and the Japanese yen issued by the advanced economies or the so-called West.
Experts believe that what happened with Russia in terms of sanctions is very likely to happen with any other country. Wars and internal conflicts will not end. Historically, the West has often taken sides in civil wars and internal disputes, which raises the question: How safe is it to keep huge reserves of the US dollar and the currencies of other Western countries?

The Ukrainian war increases the stakes

Experts say the Ukraine war has dramatically increased the risks facing central banks with huge forex assets. The golden rule of risk management is portfolio diversification. This almost inevitably means that many developing countries will silently move away from Western-owned assets and invest in other countries, especially friendly economies.

Experts say that change may not happen immediately, but it may be slow. US billionaire Stanley Drakenmiller, who runs a hedge fund, has previously warned that within 15 years the dollar could lose its position as the world’s dominant reserve currency. Drakenmiller’s warning comes against the backdrop of the long-term decline in the dollar’s position at a time when the world is witnessing a gradual move towards a multi-currency reserve system. Even before the spread of the Corona pandemic and the exceptional economic conditions that caused it, the signs of the decline in the dominance of the dollar were already clear.

Drakenmiller is not the only American who has expressed his concerns about the increase in demand in the United States, and the existence of an environment conducive to the high rate of inflation and the accompanying decline in the value of the dollar. These fears were a factor that contributed to the further turmoil of the stock markets on several occasions.

Before the Ukraine war, Russia increased its investments in the Chinese renminbi and gold, perhaps anticipating the actions of the West. Media reports indicate that Israel and India have also reduced the dollar and the euro in their foreign currency portfolio over the past six months.

Further abandonment of the dollar could appear in the regional trade and investment blocs. Within these blocks, trade may occur in the currency of the most influential member state. For example, within the South Asian Association for Regional Cooperation, the Indian rupee could be an option. Globally also, countries may choose different currencies as a medium of exchange such as the Chinese renminbi.
In this regard, reports say that Saudi Arabia is already considering yuan-based trade with China. India recently entered into an agreement to buy oil from Russia in rupees and allow Russia to invest that money in Indian bonds. In the long term, observers see a strong potential for more trade from other currencies.
Chinese renminbi is the biggest winner

Omar Rashidi, a professor in the Department of Economics, Finance and Accounting at the Business School of the ESADE Institute in Madrid, said that the renminbi “increases its share as an international currency, as it has doubled over the past two years approximately,” noting that one of the reasons for the growth It is “the rapid increase in the share of China’s GDP in global GDP and China’s strong trade relations with international partners”.

Besides, other initiatives such as the Belt and Road Initiative and the issuance of the digital yuan also contributed to the appreciation of the renminbi in the international market. Ferran Brunet Seid, Professor of Applied Economics at the Autonomous University of Barcelona, ​​has indicated that the importance of the renminbi as a reserve currency will also grow to a point where it represents about “10 percent of reserves”, citing in this regard the high inflation in the United States and the slow growth of Western countries compared to in China.

Among other options, observers expect central banks to hold higher gold reserves. Although yours does not seem likely today, innovative assets such as oil and metals (such as copper or aluminum) may appear in central bank portfolios. Highly volatile cryptocurrencies do not currently appear to be a viable option, but could be chosen in the distant future if they stabilize and gain acceptance. In all cases, the demand for the US dollar will decrease.

Whether or not the Ukraine war has the potential to displace the US dollar as a global currency, only the future can answer. However, the war could cause a major shock to the US dollar and expose the fault lines in the global economy, and may lead to its rupture this time.