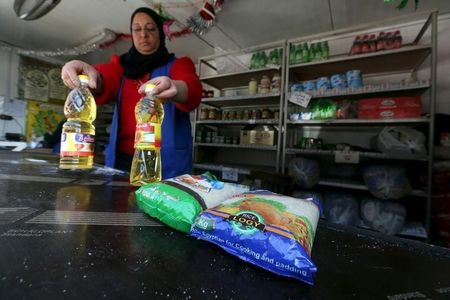 In early March, the Ministry of Trade and Industry issued a decision to amend some provisions and provisions of Ministerial Resolution No. 43 of 2016 regarding the amendment of the rules regulating the registration of factories qualified to export their products to Egypt.

The ministerial decision states that it is not permissible to release these products imported for the purpose of trading unless they are produced by registered factories or imported from companies that own the mark or their registered distribution centers, for some of the goods specified by the Ministry of Trade and Industry in its decision.

The decision to stop

Today, the General Organization for Export and Import Control of the Egyptian Ministry of Trade and Industry published a list of nearly 1,000 factories and brands whose products have been suspended from entering Egypt.

This comes due to the failure to register its factories for export to Egypt and its violation of Ministerial Resolution No. 43, which stipulates the need to create a register for factories and companies owning trademarks eligible to export products at the Control Authority.

Based on the details of the recent amendment in the ministerial decision, this suspension is temporary, and companies have the opportunity to file a grievance until they can register according to the new rules.

Urgent: A very high risk of an “unintended clash”

The list included the most prominent importing companies whose products were banned from entering the Egyptian market, namely Unilever (LON: ULVR), the British multinational, and LG, the South Korean company.

And Dania Foods Ltd., Mobaco for Industry and Trade, Saudi Almarai, the Advanced Company for the Jordanian Furniture Industry, Middle East Pharmaceutical Industries of Saudi origin, and Arafat Corporation for Import and Export.

The General Authority for Export and Import Control said that the decision comes within the framework of the state’s efforts to facilitate procedures for the business community and facilitate the movement of import and export.

Minister of Trade and Industry Nevin Gamea said that the decision stipulates the cancellation of the third paragraph of Article One of Resolution 43, which states:

That a decision be issued by the Minister concerned with foreign trade and may be exempted from any or all of the registration requirements in the cases he determines.

The decision also stipulated that the text of item (Third) be replaced by Article Two of Resolution No. 43 to be “.. “Registration in the aforementioned register shall take place as soon as the documents are submitted in full, provided that the person concerned delivers evidence of registration within a period not exceeding 15 days from the date of completing the documents.” In the event of doubts about the authenticity of the submitted documents, entry in the register shall not be made until after verifying their authenticity.

At the request of the applicant for registration, the company or factory may be inspected to verify the authenticity of the documents, after the approval of the Minister concerned with foreign trade.

The minister said in early March that the decision added 3 new items to the second article of Resolution No. 43, which states:

It is permissible to submit documents for registration through the embassies and consulates of the governments of the countries concerned.

Renew documents that have an expiration date within a period not exceeding 30 days from the expiry date.

Publish what is recorded or deleted monthly in the Egyptian Gazette and on the website of the General Organization for Export and Import Control.

Note that the decision added two new articles numbered (the second bis) and (the second bis 1), where the second article bis 1 states that “a committee shall be established by a decision of the minister concerned with foreign trade, to look into complaints of non-registration or write-off from the register and submit the grievance to the Agreements and Trade Sector to be submitted to the Grievance Committee.

The grievance shall be resolved within a period not exceeding 15 days from the date of its submission, and the complainant shall be notified of the reasons for non-registration or cancellation and the corrective measures that must be taken on his part to re-register.

The second article bis stipulates that “the cancellation from the register shall be effected by a reasoned decision issued by the President of the General Organization for Export and Import Control in cases of missing any of the registration requirements. The decision to cancel may be appealed to the aforementioned grievance committee within 60 days from the date of notifying the person concerned.”

VERY IMPORTANT WARNING.. IT IS NOT A DIGITAL CURRENCY

What did Putin say to the Saudi crown prince?