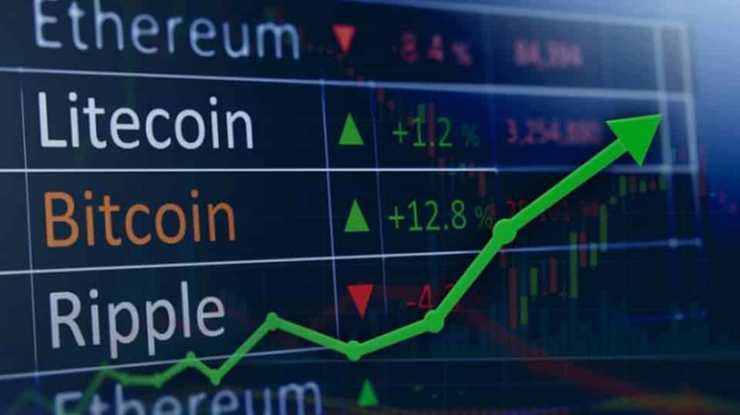 What is the ruling on currency trading online?

Circulation via the Internet has many forms: some of them are permissible and others are prohibited. It is necessary to first know the details of each image and then judge it, as judging a thing is a branch of its perception, and it is not possible to judge the overall truth and corruption of it due to its large number and multiplicity of its forms; But it can be said in general that what is permissible from electronic transactions is what was regulated by Shariah controls, including, for example, but not limited to: 1- The activity of the company whose shares are traded must be permissible and free from taboos such as usury and the like. 2- With regard to currency and gold trading, it is required that the immediate exchange takes place in every transaction, even if this exchange is legal, such as payment through electronic cards, and the transfer of money between accounts electronically in a short period that takes the electronic transaction no more, so that each of them, a seller or a buyer, can Disposing of what he sold or bought immediately after immediate arrest without delay. 3- The possibility of obtaining the commodity if the buyer requested it; Because the inability to obtain the commodity means that the buyer is prohibited from disposing of his commodity and is unable to benefit from it except by selling it through the trading company itself. 4- If the commodity was gold or silver, and it was purchased through electronic trading companies, it is required that the buyer have an agent who collects the gold on his behalf, so the seller takes the price immediately and the agent of the buyer delivers the sold gold immediately. 5- It is not permissible in currency trading what is called margin, which is considered a loan from companies that sponsor the sale of currencies to investors in this field in return for taking from them a specific fee for every exchange deal they conclude, and the jurists have agreed that every loan that brings a benefit is from forbidden usury. Finally: We point out that the lack of the previous controls makes it more like betting on low prices and their fall, and this is a kind of gambling, and the face of gambling in it is that the one who enters in this transaction is either a win-win or a debtor, so if he bet on falling prices and they rose, he lost, and if they fell as it was Profit is expected, which is not permissible. What we advise is to take precautions from a legal point of view in such transactions, and to ensure their integrity before entering into them, and God Almighty knows best.

Is it permissible to deal in currencies in the so-called forex, which is traded through the Internet? And what do you think about the delay, as well as the delay in delivery (clearing) from one to two days after the termination of the contract?

It is permissible to trade in currencies if the payment is made, and the transaction is one of the usurious conditions, such as the stipulation of overnight fees, which is the conditional interest on the investor if he does not dispose of the transaction on the same day.
The arrest has another answer.
As for the fees for forbearing and trading on margin, a decision was issued by the Islamic Fiqh Academy, the text of which is:
Praise be to God alone, and prayers and peace be upon the one after whom there is no prophet, our master and Prophet Muhammad, and upon his family and companions. As for what follows:
The Council of the Islamic Fiqh Academy of the Muslim World League, in its eighteenth session held in Makkah Al-Mukarramah, from 10-14/3/1427 AH corresponding to 8-12 April 2006 CE, considered the topic: (Margin trading, which means (paying the buyer) [العميل] A small part of the value of what he wants to buy is called [هامشاً] the mediator [ مصرفاً أو غيره ] By paying the rest as a loan, provided that the purchased contracts remain with the broker, subject to the amount of the loan.
After listening to the research that was presented, and the extensive discussions on the subject, the Council considered that this transaction includes the following:
1- Trading (buying and selling with the aim of making a profit), and this trading is usually done in major currencies, or securities (stocks and bonds), or some types of commodities, and it may include options contracts, futures contracts, and trading in the main market indices.
2- The loan, which is the amount provided by the broker to the customer directly if the broker is a bank, or through another party if the broker is not a bank.
3- Usury, which occurs in this transaction through (overnight fees), which is the conditional interest on the investor if he does not dispose of the transaction on the same day, which may be a percentage of the loan, or a lump sum.
4- Brokerage, which is the amount that the broker obtains as a result of the investor (client) trading through him, and it is an agreed upon percentage of the value of the sale or purchase.
5- Mortgage, which is the commitment that the customer signed to keep the trading contracts with the broker as a pledge of the loan amount, and give him the right to sell these contracts and redeem the loan if the customer’s loss reaches a specific percentage of the margin amount, unless the customer increases the mortgage in a way that corresponds to a decrease in the price of the commodity.
The Council considers that this transaction is not legally permissible for the following reasons:
First: What it includes of explicit usury, represented by an increase in the amount of the loan, which is called (overnight fees), and it is of forbidden usury, the Almighty said: (O you who believe, fear God and forsake what remains of usury, then believe in those who believe * There is a war from God and His Messenger, and if you repent, then you shall have the capital of your wealth. You shall not be dealt with unjustly, nor shall you be treated unjustly.” Al Baqarah 2: 79/278.
Second: The broker’s requirement on the client that his trade be through him leads to combining a loan and netting (broking), which is in the sense of combining a loan with a sale, which is forbidden by Sharia in the saying of the Messenger, may God’s prayers and peace be upon him: (It is not permissible to advance and sell… The hadith was narrated by Abu Dawood (3/384) and Al-Tirmidhi (3/526), ​​and he said: It is a good, authentic hadith. In this way, he has benefited from his loan, and the jurists have agreed that every loan that brings a benefit is from forbidden usury.
Third: The trading that takes place in this transaction in international markets often involves many contracts that are forbidden by Sharia, including:
1- Trading in bonds, which is a form of forbidden usury. This was stated in the decision of the Islamic Fiqh Academy in Jeddah No. 60 in its sixth session.
2- Trading in company shares without discrimination. The fourth resolution of the Islamic Fiqh Council of the Muslim World League in its fourteenth session in the year 1415 AH stipulated the prohibition of trading in the shares of companies whose main purpose is forbidden, or some of their transactions are usury.
3- The sale and purchase of currencies is usually done without legal receipt that allows the disposal.
4- Trade in option contracts and future contracts, and the decision of the Islamic Fiqh Academy in Jeddah No. 63 stated in its sixth session that options contracts are not legally permissible, because what is contracted is neither money, nor benefit, nor a financial right that may be substituted for.. Likewise futures contracts and contracts on the pointer.
5- In some cases, the intermediary sells what he does not own, and selling what he does not own is forbidden according to sharee’ah.
Fourth: Because this transaction involves economic damages to the transacting parties, especially the customer (the investor), and to the economy of society in general. Because it is based on expanding debt and taking risks, and what it often includes of deception, misleading and rumors, monopoly, fraud and strong and rapid price fluctuations, with the aim of getting rich quickly and obtaining the savings of others by illegal means, which makes it like eating money unlawfully, in addition to transferring money in Society from real fruitful economic activities to these economically unproductive risks, and may lead to violent economic shocks that cause severe losses and damage to society.
The Council recommends that financial institutions follow legitimate financing methods that do not include usury or the like, and do not cause harmful economic effects to their customers or to the general economy, such as legal partnerships and the like. And God is the guardian of success.