Global stocks rose on Monday, ahead of US inflation data this week, while the euro touched a seven-year high against the yen on bets on a tightening European Central Bank before its meeting later in the week, while a survey showed that the slowdown in Chinese services activity eased in May as anti-virus controls are lifted in Shanghai and other major cities.

Performance of some of the most popular stock indices today:-

A survey showed that activity in Chinese retail and other service industries contracted in May, but at a slower rate than the previous month. The ruling Communist Party is allowing shops, factories and other businesses to reopen in Shanghai after a two-month closure to combat the outbreak of the new Corona virus, and restrictions are being eased in the capital, Beijing.

Meanwhile, analysts are assessing whether stocks have fallen enough given the Fed’s desire to stem inflation by raising interest rates. Key US inflation data is due to be released on Friday.

The US central bank has been raising interest rates in an attempt to tame historically high inflation, and is expected to raise rates by 0.5% at its June and July meetings. What it will do in September is not certain yet, but last Friday’s jobs report did little to change the views of those on Wall Street who believe the Fed still has work to do to calm the overheating economy.

The US added 390K jobs in May, beating expectations of 328K jobs, while the unemployment rate remained at 3.6%.

Markets were also paying attention to signs that the White House might soften its stance on tariffs. US Commerce Secretary Gina Raimondo said household goods and bicycles “might make sense” as tariff relief products. Prices for solar energy companies including SunRun RUN soared after the Wall Street Journal reported that there will be no new tariffs on solar imports for two years.

The largest US company by market capitalization, Apple, will be in the spotlight, as it holds a developer conference at which it is expected to reveal new products.

Meanwhile, the European Central Bank will meet on Thursday and President Christine Lagarde is certain to confirm the end of bond buying this month and the first rate hike in July, although the jury is out on whether that will be 25 or 50 basis points.

Separately, oil prices were boosted after Saudi Arabia sharply raised its sales prices for crude in July, an indication of how tight supply is even after OPEC+ agreed to speed up production increases over the next two months. 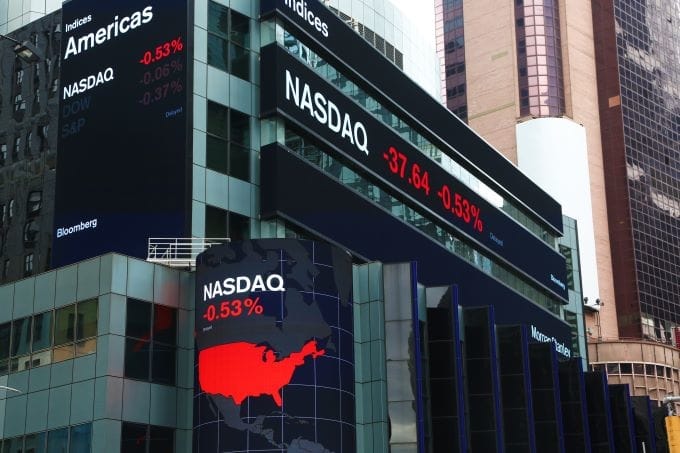