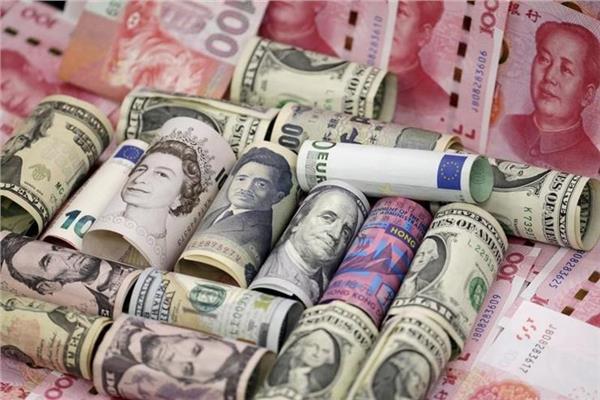 Foreign exchange rates fell against the greenback on Tuesday, with the US dollar climbing to a two-week high as rising US Treasury yields boosted the dollar, pushing the Japanese yen to its lowest level against the dollar in two decades.

The yen fell to a 20-year low of 133 per dollar, levels previously highlighted as an intervention area, a day after Central Bank Governor Haruhiko Kuroda reiterated his unwavering commitment to “strong” monetary stimulus. It is worth noting that the yen is sensitive to interest rate differentials between Japanese and US bonds.

Yields on the benchmark 10-year Treasury rose 3.064% in Tokyo trading for the first time in nearly four weeks, before easing back to 3.0307%. Spreads between US and Japanese 10-year debt held steady at 278 basis points, not far from last month’s high of 292 basis points.

“With 10-year US Treasury yields above 3% and oil at $125 a barrel, pressure on the yen has increased,” said Christopher Kjer Lumholt, senior analyst, forex research and interest rates at the Bank of Denmark. “We don’t expect any relief from the Bank of Japan, which continues to view the weak yen as fundamentally positive for the economy,” he added.

The dollar index, which measures the dollar against a basket of six currencies including the yen, rose as much as 0.39%, extending Monday by 0.26%, hitting its strongest level since May 23.

The euro fell 0.12% to $1.06825 ahead of the European Central Bank’s policy setting meeting next Thursday, where they are expected to announce an end to bond purchases, paving the way for the first rate hike in 11 years at the July meeting.

The British pound fell to its lowest level in nearly three weeks at $1.2433 as headwinds from British Prime Minister Johnson worried investors.

The Australian dollar rose as much as 0.76% immediately after the Reserve Bank of Australia raised interest rates more than expected, but quickly gave up gains to trade 0.2% lower.

Analysts at ING highlighted the economic outlook for China and the relationship between the spread between the Australian dollar and short-term rates for reversal.

“In our view, this is further evidence of how short-term spreads are decoupling from the AUD/USD dynamics and how markets remain reluctant to reduce the downside in the Aussie given their exposure to the darkening demand outlook in China,” ING analysts said.

The Chinese yuan slipped from a one-month high against the dollar, under pressure from broad strength in the US currency, while some investors gauged the pace of economic recovery after Shanghai lifted the COVID-19 lockdown.