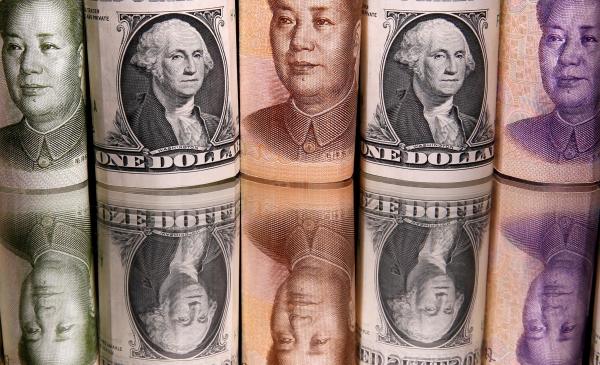 Internet advertisements for unauthorized companies or scammers do not stop trying to entrap their victims in “forex” or cryptocurrency activities, tempting the greedy and weak-willed to make quick profits. Forex advertisements are spread on YouTube and other social media; In an effort to defraud the deceived with delusions of getting rich quick, despite the continuous official warnings and advice.

Forex is a term referring to foreign exchange trading in a global decentralized or over-the-counter market for currency trading.

This market sets the foreign exchange rates for each currency, including all aspects of buying, selling and exchanging currencies at current or specified rates.

Intermediate companies are active through which the customer is involved in buying and selling operations, but most of them are fictitious companies for the purpose of seizing the money of the greedy and those who want to get rich quick.

Fraudulent methods include publishing fake videos on social media that appear as news bulletins broadcasting official news about the opening of new investment channels for citizens and residents.

The fake videos call for recording names and data; With the aim of deceiving citizens and residents in the Kingdom by transferring their money to them, according to the Permanent Committee for Awareness and Warning of the Activity of Trading in Securities in the Foreign Exchange Market (Forex).

It also includes creating fake electronic platforms or telephone communication impersonating government entities such as (Public Investment Fund, Saudi Vision 2030 projects) and well-known companies such as (Electricity Company, National Water Company, Aramco Company) and others, and deluding their victims of their affiliation with those entities to gain their trust and lure them into profitable opportunities. By trading in foreign currencies.

Among the methods used by scammers are creating fake electronic platforms that impersonate names and brands and marketing them through social media accounts.

The methods of fraud were numerous, including fraud by advertising for jobs, conducting personal interviews via telephone or video call, luring victims by obtaining their personal and banking information, and promoting fake investments through currency trading.

#news | The Standing Committee for Awareness and Warning Against Unauthorized Securities Trading Activity in the Foreign Exchange (Forex) Market:

Last April, the Commerce Department warned of the dangers of investing in unlicensed forex brokers by interacting with their ads.

“Protect yourself and others from the risk of investing in unlicensed forex agencies by not interacting with their ads,” the ministry said in a statement via its Twitter account.

Official authorities have permanently warned securities dealers and citizens against dealing with suspicious websites whose activities may involve irregular activities.

She pointed to the danger of those who promote, through their advertisements on the Internet and social media, investment opportunities and promises of financial gains and quick wealth.

She pointed out that interacting with these advertisements may expose many of those who deal with them to fraud and significant financial losses.

Prior to that, he urged Public Security not to deal with unlicensed forex companies, urging citizens not to respond to fake companies’ advertisements.

The Standing Committee for Awareness and Warning Against the Activity of Trading in Securities in the Foreign Exchange Market (Forex) assured to all citizens and residents that investment in the financial sector in the Kingdom is subject to specific legislation and regulations according to the competencies of the official authorities.

It indicated that those wishing to invest in securities should deal with the official licensed authorities, as they are subject to supervision by the concerned regulatory authorities in the Kingdom, and not deal with unlicensed entities.