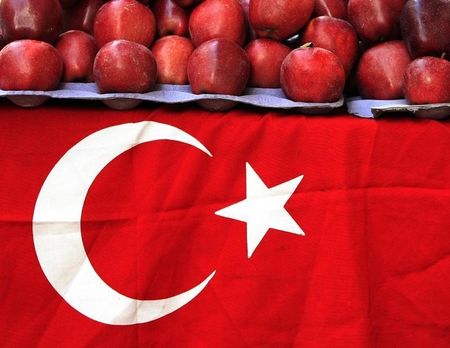 According to the data prepared by the Istanbul Chamber of Commerce, inflation in Istanbul rose to 99.11%. This level was recorded as the highest inflation rate since 1998.

Inflation rate in Istanbul has not slowed down yet

Inflation, which rose by 4.03% month-on-month in June, rose by 4.09% in July. Healthcare and personal expenses saw the highest monthly price increase at 17.31%.

Besides, wholesale prices increased by 3.10% in the last month.

Last year, wholesale prices rose by a record 87.95%. The highest monthly price increase was recorded in the unprocessed materials sector at 6.03%. The mining sector saw the highest increase in prices last year.

Inflation for the country as a whole will be announced on Wednesday at 10:00. Inflation has now reached 78.62% and is expected to exceed 80%.

Urgent: The suffering continues.. the lira is falling and the Turks are waiting for an increase in electricity bills

The lira is falling

This coincides with the dollar index’s decline to its lowest level since May, as it fell 0.12% to record 105.653 points, after the US Federal Reserve’s decision to raise interest rates last week.

The Turkish lira was negatively affected by the important data released at the end of last week. On Friday morning, the Statistics Institute data was released, which indicated that Turkey’s trade budget deficit rose by 185% during last June on an annual basis, reaching 8.167 billion US dollars.

Data indicated that Turkey’s imports amounted to $31.595 billion in June, an increase of 39.7 percent, while exports during the same period rose by only 18.7 percent, equivalent to $23.428 billion.

To continue the performance of the Turkish dollar pair in its ascending journey towards its highest level since last December, which witnessed the collapse of the Turkish lira due to the repercussions of lowering interest rates, in addition to the consequences of military operations between Russia and Ukraine and their effects on food and energy prices.

Urgent: The map of poverty and hunger is expanding under Erdogan… an increase of 135% in a year