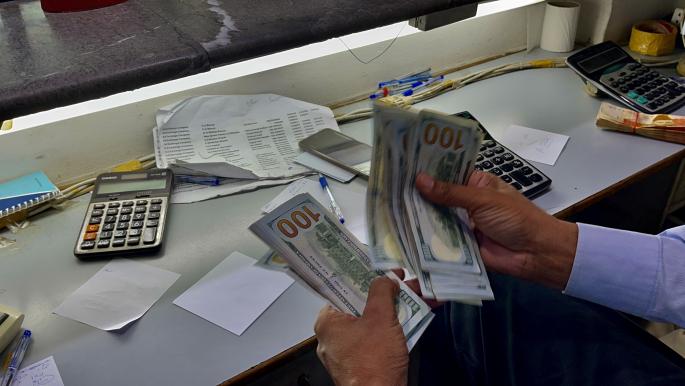 Although the currency market is often described as the “bankers’ game”, currencies can sometimes be a great way to diversify an investment portfolio, and can also provide tremendous opportunities when other areas go into recession.

As a result, knowing a little about the currency market (forex) and the basics behind it, can be important additions to any trader, investor or portfolio manager’s arsenal. According to the investment encyclopedia “Investopedia”, it is imperative for every trader or investor to get acquainted with 8 currencies and the central banks that issue them.

What are the top 8 globally tradable currencies that dominate the financial markets in 2022?

The dollar, which is known today, began trading in 1913, under an Act of the Federal Reserve (the US central bank), which is the central banking body in the United States. It is led by a chair and a board of governors, with most of the focus placed on the branch known as the Federal Open Market Committee (FOMC) that oversees open market operations as well as monetary policy or interest rates.

As with any currency, the dollar is supported by economic fundamentals, including GDP, industry and employment reports. However, the dollar is also widely affected by central bank policies and any decisions regarding interest rates. The dollar is the benchmark against which other major currencies are traded, especially the euro, the Japanese yen and the British pound.

Headquartered in Frankfurt, Germany, the European Central Bank is the central bank of the 19 member states of the eurozone. Similar to the US Open Market Committee, the European Central Bank has a main body responsible for making monetary policy decisions, which is the Executive Council, which consists of 4 members in addition to the President and Vice President, knowing that the seats are reserved for four of the five largest economies in the region: Germany, France and Italy Spain and the Netherlands, with the aim of ensuring that the largest economies are always represented in the event of a change in management, meets almost every week.

In addition to its competence in monetary policy, the European Central Bank also reserves the right to issue banknotes as it sees fit. Similar to the Federal Reserve, European policy makers can intervene in times of central bank or banking system failure.

But the European Central Bank differs from its American counterpart on an important issue. Instead of maximizing employment and keeping long-term interest rates stable, the European operates on a basic principle of price stability, with secondary commitments to general economic policies. As a result, policy makers focus on consumer price inflation in making key interest rate decisions.

Although the monetary system is somewhat complex, currency is not. Against the dollar, the euro tends to be a slower currency compared to its peers, the British pound or the Australian dollar. On a typical day, a currency can trade in fluctuations within a margin of between 70 and 80 basis points, up to 100 basis points (1%) per day.

Another consideration that should be taken in trading is time. Since the forex market is open 24/7, “forex” traders must strategically determine their forex trading schedules. The euro can be seen trading at two prices during the time overlap between London and the United States, and it occurs from 8 am to noon EST.

Founded in 1882, the Bank of Japan is the central bank of the world’s third largest economy, responsible for setting monetary policy, underwriting currency, money market operations, and analyzing economic data.

The main monetary policy board tends to work for economic stability, constantly exchanging views with the ruling administration, while at the same time working to fortify its independence and transparency. During his meeting 8 times a year on monetary policy, the Governor of the Central Bank leads a team of 9 members, including 2 deputies.

By offering a low interest rate, the yen is positioned against higher yielding currencies, particularly the New Zealand dollar, the Australian dollar and the British pound. As a result, forex traders adopt technical insights on a long-term basis. The average daily ranges of the yen’s volatility are between 70 and 140 basis points, with maximums that can be over 200 points (2%).

To trade this currency with a little focus, you should be aware of the overlap of London and US times, from 8am to noon EST).

As the central bank of the United Kingdom, the Bank of England functions as the cash equivalent of the US Federal Reserve system. In the same way, the Board of Directors is a governing body appointed by the British Crown, consisting of 5 executive members and up to 9 others, including the Governor and his Deputy. There is also a Monetary Policy Committee (MPC), which is chaired by the Governor of the Bank and consists of 9 members, 4 of whom are appointed by the Secretary of the Treasury.

When monetary policy trends are announced at least 8 times per year, the MPC decides on interest rates and broader monetary policy, taking into account fundamental considerations of overall price stability in the economy. As such, the committee also has a benchmark for consumer price inflation at 2%.

If this standard is breached, the governor has the responsibility to notify the Treasury Secretary with an official letter, as happened in 2007 when the CPI rose sharply to 3.1%. The issuance of this speech tends to serve as a wake-up call for markets, as it increases the likelihood of contractionary monetary policy.

The British pound is slightly more volatile than the Euro, and tends to trade in a wider range intraday, as volatility can include between 100 and 150 basis points (1.5%), as it is not unusual to see the pound trading with a margin of volatility of 20 basis points.

The SNB differs from all the other major central banks in that the Swiss National Bank is seen as a governing body with both private and public ownership. This belief stems from the fact that the bank is technically a privately regulated company. As a result, just over half of the administrative body is owned by the cantons or sovereign states of Switzerland and other public institutions.

It is this regulation that gives strength to the economic and financial stability policies dictated by the Board of Directors of the Swiss National Bank. Monetary policy decisions are established by 3 major bank chiefs who meet every 3 months. The board has set a range for changing interest rates of 50 basis points (0.5%) up or down.

There is an interesting relationship between the euro and the Swiss franc. Similar to the Euro, the Swiss Franc hardly makes significant moves in any of the trading sessions. As a result, look for this currency to trade in the specified average daily range of 45 basis points (0.45%) per day.

The Bank of Canada was established by its own law in 1934, with a focus on the goals of low and stable inflation, a safe and secure currency, financial stability, and effective management of government funds and public debt. It acts independently, and has similarities with the Swiss National Bank in that it is sometimes treated like a company, in which the finance minister owns direct shares.

It is also the governor’s responsibility to promote price stability, while taking into account the government’s concerns. With 2% as a benchmark for inflation, the Bank of Canada tends to remain hawkish rather than adaptive when it comes to any price deviations. Against the major currencies, the Canadian dollar tends to trade in daily fluctuation ranges with margins between 50 and 100 basis points.

Many currencies and commodity prices move together, and one of the unique aspects of the Canadian dollar is its relationship to crude oil. The country remains a major exporter of the commodity, and as a result, many traders and investors use this currency either as a hedge against current commodity positions or as a purely speculative, tracking signals from the oil market.

The Reserve Bank of Australia offers one of the highest interest rates in the major global markets and has always supported price stability and economic strength as cornerstones of its long-term plan. Its board of directors, headed by the governor, consists of 6 members, in addition to the deputy governor and the minister of treasury, and they work together to achieve the target inflation between 2% and 3%, and they meet 11 times annually.

Likewise, the Reserve Bank of New Zealand is looking to strengthen its inflation targeting, hoping to maintain its price basis.

Both currencies were the focus of interest for carry traders, with the Australian and New Zealand dollars offering the highest returns among the 7 major currencies available on most platforms. As a result, their fluctuations can be observed in the event of an impact on debt reduction. Otherwise, the two currencies tend to trade within a margin of volatility of 70 to 80 basis points. The two currencies also maintain a close relationship with commodities, most notably silver and gold.

The South African Reserve Bank was formerly modeled after the Bank of England. By assuming principal responsibilities similar to those of other central banks, this bank is known as a “lender” in certain situations, as well as acting as the clearing bank and principal custodian of gold. Above all, it is responsible for achieving price stability, including intervention in foreign exchange markets whenever needed.

Interestingly, it is still a private entity wholly owned by more than 800 shareholders whose shares are regulated by each owning less than 1% of the total number of outstanding shares, to ensure that the interests of the economy precede the interests of any individual. To maintain this policy, the Governor chairs the 14-member Board of Directors to monitor the Bank’s activities and work towards achieving monetary targets, and they meet regularly throughout the year.

The average daily volatility range of the South African Rand can be up to several thousand points, but don’t let the wide daily range fool you, these points when translated into points in dollars, the movements are equal to the average of one day in the case of the British pound, which makes the Rand a good opportunity to trade it against the dollar, especially when taking into account the possibility of buying.

Traders also look at the rand’s relationship with gold and platinum because the economy is a world leader in exports of these two metals, so it is natural to have a similar correlation to the relationship between the Canadian dollar and crude oil.