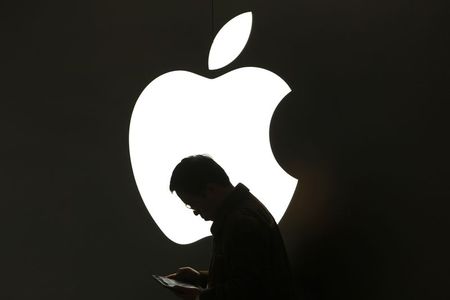 Within the framework of the expansion of the Kingdom of Saudi Arabia and its attraction of global investments and major international companies, the Kingdom succeeded in attracting the largest mobile phone manufacturer in the world to the logistics zone at King Khalid Airport, and announced the signing of 49 investment deals worth more than 925 million dollars in the second quarter of 2022. .

Stormy data that restores the king to the throne.. the markets are pricing in interest

Saudi Investment Minister Khalid Al-Falih said that Apple (NASDAQ:AAPL) will soon announce the start of work in the logistics zone at King Khalid Airport in the Kingdom as part of the ministry’s plans to launch the airport’s economic zone within a few weeks.

Urgent: A half-dollar coin sweeps everyone away

The Saudi Minister of Investment added that the agreement with the American company was made during the visit of Saudi Crown Prince Mohammed bin Salman to California and a meeting with Tim Cook in 2018.

Al-Falih said that the economic zone at King Khalid Airport will be a logistical zone to serve the operations of trading mobile phones and phone spare parts in the region.

The Minister of Investment added that the ministry’s plan to launch economic zones, which it announced earlier, has reached the stage of announcing the inauguration of those areas in the east and west of the Kingdom.

In the thirteenth issue of the “Investment Updates” report, the Saudi Ministry of Investment said that it had signed 49 investment deals worth more than $925 million in the second quarter of 2022.

Urgent: Global markets will collapse… one reason for optimism

The ministry said in a statement that it is expected to create about 2,000 new jobs in the local economy, and the most prominent deals were in the real estate activities sector, the tourism sector, the entrepreneurship sector and companies.

She pointed out that the report sheds light on investment developments in various sectors in the Kingdom and focuses on the potentials for growth in the tourism sector.

She stressed that the national investment strategy aims to diversify the economy to provide many investment opportunities for the Kingdom, through the implementation of a regulatory framework that facilitates the entry of investors to the market and offers packages of incentives.

Urgent: This is the time for the great collapse

Urgent: What happens if you lose $15 billion in minutes?