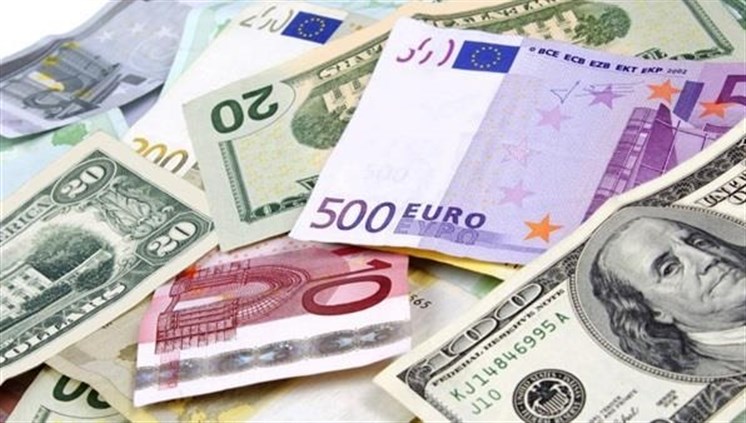 Recession expectations and inflation levels in the Eurozone and Britain have risen dramatically in recent days and weeks as investors wonder what the future holds for the single currency, which is currently trading at par against the dollar and the pound sterling, which is trading above par against the US dollar.

The value of the pound sterling has depreciated in the currency trading market this year amid rising inflation, the possibility of the economy entering recession by the end of the year, political uncertainty and continued strength in the value of the US dollar, as of November 2, 2022. The pound sterling fell against the US dollar by more than 15% year-to-date. Its history, despite the recent rise supported by the UK budget and the formation of a new Conservative government led by Rishi Sunak.

Recession is looming in the eurozone

Macro conditions in the eurozone today are quite peculiar and differ from previous recessions in that the ECB is unlikely to cut interest rates or increase quantitative easing as it was in the past, however, if the US survives the downturn while Europe does not However, the monetary policy divergence gap may put downward pressure on the EUR/USD.

The latest macroeconomic indicators for the Eurozone already indicated a decline in economic activity, which is expected to enter recession in the fourth quarter of this year. The Eurozone economy grew by 0.2% on a quarterly basis in the three months to September 2022, after an increase of 0.7% in the previous quarter, which represents the worst quarterly GDP growth rate since the recovery from COVID-19 restrictions in the second quarter of 2021.

The latest PMI surveys have already revealed a contraction in economic activity with a reading of 47.3 in October 2022, and the S&P Eurozone Composite PMI indicated private sector activity fell for the fourth month in a row, the biggest loss since November 2020.

The PMI for services in the eurozone fell to 48.6 in October 2022, marking the third consecutive monthly decline. The worsening energy is dampening optimism about the economic outlook for the region.

Meanwhile, inflationary pressures continue to rise, as core inflation in the eurozone rose to a record 10.7% y/y in October, beating expectations of 10.2% and remaining well above the bank’s target of 2%, adding to the pressure on the central bank. European countries that need to strike a difficult balance between inflation and slow growth.

How far can the ECB raise interest rates during a recession?

In October, the European Central Bank raised key interest rates by 75 basis points, as expected, marking the second such increase in a row and raising borrowing costs to the highest level since the beginning of 2009. Recent comments from ECB officials indicate that the bank will continue to raise interest rates. interest, but the market is already wondering how far the ECB can go in the event of a recession.

Christine Lagarde, President of the European Central Bank, stated that the bank should continue to raise interest rates even if the possibility of a recession in the euro area increases, and Vice President of the European Central Bank, Luis de Guindos, recently predicted that headline and core inflation will continue to rise in the coming year and that The central bank will start quantitative tightening in 2023 at the earliest.

Money markets are pricing the ECB’s policy rate to peak at 3% in the summer of 2023, which would necessitate an increase in the deposit rate of just over 150 basis points.

The sovereign debt crisis in southern Europe caused a second recession in the euro area that started in the third quarter of 2011 and lasted until the first quarter of 2013, and during this time, the euro underperformed very poorly as it fell by about 9%, this time there was no Recession in the US, the European Central Bank cut interest rates from 1.75% to 1%, while the Federal Reserve kept interest rates steady.

The third recession in the euro area began in the fourth quarter of 2019 and continued until the second quarter of 2020, in this period the single currency gained 2.5%, the United States was also in recession, and while the European Central Bank remained suspended because interest rates had already reached Zero lower bound, the Federal Reserve cut its main policy rate by 150 basis points thereby putting pressure on the dollar.

Therefore, it is difficult to make conclusions about how the euro will behave in the event of an economic downturn by relying only on historical examples. In the current environment, if recession becomes practically inevitable in the eurozone, the European Central Bank may continue to raise interest rates, so that it can limit That is already a downside for the euro.

However, if the US survives the recession, the growing disparities in growth between the two economies will be a negative factor for the Euro.

What prompted the value of the pound sterling to decline?

The pound sterling is one of the world’s strongest currencies by value, and is the fourth most traded currency in the forex markets reflecting the UK’s role as the world’s fifth largest economy and major financial centre.

The value of the pound is driven by macroeconomic indicators including GDP, inflation, interest rates, services, manufacturing activity and the UK unemployment rate. Sentiment has also been a major driver in recent years, as uncertainty surrounding Brexit has weighed on the value of sterling since Britain’s exit referendum from the European Union in 2016.

More recently, concerns about the impact of the Russia-Ukraine war on UK inflation, the appointment of the country’s fourth prime minister in six years and recent spending plans have added downward pressure on sterling, outweighed by the Bank of England’s (BoE) interest rate hike. From 0.10% in December 2021 to 2.25% in September 2022.

The pound sterling fell from $ 1.35 at the end of 2021 to its lowest level in 37 years at $ 1.11 on September 23, after the British Finance Minister at the time, Kwasi Quarting, unveiled a spending plan called the “mini budget” to cut taxes and boost Borrowing In an effort to pull the economy out of low growth and fund the country’s response to the energy crisis, investors were unsure about the government’s fiscal plan as it differed significantly from the Bank of England’s monetary policy.

With Liz Truss replacing Prishi Sunak in late October 2022, the UK has shifted its economic plan and is currently eyeing sweeping tax hikes to fund the £50 billion gap in public finances, while sterling strengthened as British politics finally found some stability and rose 11% against US dollar over the past month, however, British economic fundamentals remain bleak, indicating the potential for further turmoil in the Sterling.

Data from the October Purchasing Managers’ Index (PMI) confirmed that the British economy has lost momentum, and inflation rose to 10.1% year-on-year in September, according to the UK’s Office for National Statistics (ONS), up from 9.9% in August, the Bank of England said. UK inflation could peak at more than 13% this year.

The data points to a precarious situation for the pound, as the UK appears to be on the brink of recession, and forex market experts believe that the British pound is still at the mercy of global risk sentiment, strengthening when risk appetite improves and weakening when it deteriorates.