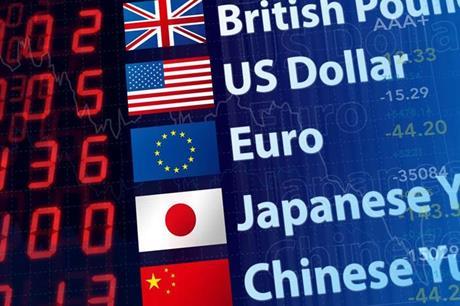 News Agent – The forex market is a place where all currencies are traded. However, the volume of trade made in different currencies is very different.
Thus, even though there are hundreds of currencies in the world, about two-thirds of the whopping $4 trillion forex volume is transacted in just 4 currency pairs!
These four pairs are referred to as the major currencies.

And in this article, we will take a closer look at the four major currency pairs.

It is important to understand that in the EUR/USD pair, the Euro is the base currency. This means that all contracts related to EUR/USD are denominated in EUR.
This can be contrasted with the fact that price movements as well as profit and loss accounts are denominated in US dollars.
Also, since the USD is the widely accepted and liquid currency between the two, all margin payments are usually required in USD terms!

Trading this currency pair has many advantages. One such advantage is the fact that the spreads are the lowest in this pair.
This means that when trading currencies there are minimum transaction costs, if you are trading the EUR/USD pair.
This lower spread can be attributed to the fact that EUR/USD is the most liquid currency pair in the world and there are many traders and market makers who are always providing quotes for this pair.

US dollar / Swiss franc:
The Swiss Franc is considered a safe haven currency. Thus, the value of the USD/CHF pair decreases when the world considers the US dollar a safe investment.
However, when it appears that the dollar is in danger, investors are keen to invest in the Swiss franc. However, it should be noted that the value of this pair is highly dependent on the capital inflows in the Swiss banking system which is known worldwide for its secrecy!
Also, Switzerland’s reputation as a stable country with sound economic fundamentals adds to the reputation of the Swiss Franc for being a safe haven among currencies.
Therefore, it is common knowledge in the currency trading market that traders care about all news affecting the performance of this pair because it is characterized by high liquidity due to the magnitude of the economies of the two countries.

US dollar / Japanese yen:
The Japanese yen, after the US dollar and the euro, is the third most traded currency in the world.

As such, the USD/JPY pair is of utmost importance.

According to some estimates, this currency pair alone accounts for about 20% of the world’s forex trade.
Also, one who wants to trade currencies must understand that USD/JPY is a highly volatile currency pair.

It is notorious for being range bound for a long period of time and then showing sudden fluctuations as it moves to a new equilibrium at a different price level.
This currency pair shows maximum sensitivity to changes in the US interest rate. This is because the Japanese government holds a huge amount of US debt and any changes in the yield severely affect the cash flow of the Japanese government.

British Pound / US Dollar:
The British economy is among the most important in the world, and the trade relations between the British pound and the US dollar are of paramount importance.
This pair is considered one of the oldest currency pairs that are traded in the forex market.

As such, it has a nickname and is referred to as the “pound sterling”.
The British pound has a huge trading volume and the GBP/USD pair accounts for about 8% of the trading volume in the forex markets.
This currency pair is very sensitive to news related to the US dollar. Also, it is important to note that this pair has a positive correlation with the EUR/USD pair.
And if EUR/USD moves 5% in a certain direction, GBP/USD will move 8% in the same direction. Meanwhile, there is a negative correlation between the GBP/USD and USD/CHF pair.

High Risk Investments Warning: Trading Foreign Exchange (Forex) and Contracts for Difference is highly speculative, involves a high level of risk and may not be suitable for all investors. You may sustain a loss of some or all of your invested money.